THESE TWO MOTHER THANKERS WILL STOP AT NOTHING TO THANK ONE ANOTHER.

(And, when you help them HELP 500 KIDS-IN-NEED, they’ll stop at nothing to thank you too.)

BUY A CHILD A PAIR OF SHOES OR TWO (AND GET A TAX RECEIPT!)

THE MOTHER THANKERS BACK-STORY: AN ONGOING THANK YOU WAR

When my daughter JouJou started kindergarten in 2017, what mattered most to me was that we would form a tight knit community of new friends in our hometown of Deep Cove, on the North Shore of Vancouver, Canada.

Well, in a nutshell, meeting the ridiculously great teachers of SHERWOOD PARK ELEMENTARY AND THE SUPER FUN PARENTS of these incredible kids has not disappointed.

At Christmas, when JouJou and I handed out bags of supplies to the women of the downtown east side, ONE MOM — AIMEE WEBBE — ADDED HER OWN HANDMADE KNIT HATS AND SCARVES to each purse as a means to further help these women, who — frequently overlooked and forgotten about entirely — are living an often-times bleak life on the streets. Aimee’s hats were the highlight of those bags.

So in January, when Aimee gave me two of those awesome hats for JouJou and my other wee daughter, Birdie, I WROTE AIMEE A THANK YOU CARD.

AND THINGS GOT UGLY FROM THERE.

If you’ve seen my most recent response, no — there isn’t really a movie called “Thank You, Aimee.” But with the help of some amazing Sherwood Park Elementary parents, the “Thank You, Aimee” movie trailer was my latest attempt at out-thanking her. Because THESE TWO MOTHER THANKERS WILL STOP AT NOTHING to out-thank one another. And if you help us help 500 kids-in-need, we will stop at nothing to thank you either.

With endless gratitude,
Mary-Jo and Aimee

BUY A CHILD A PAIR OF SHOES OR TWO (AND GET A TAX RECEIPT!) 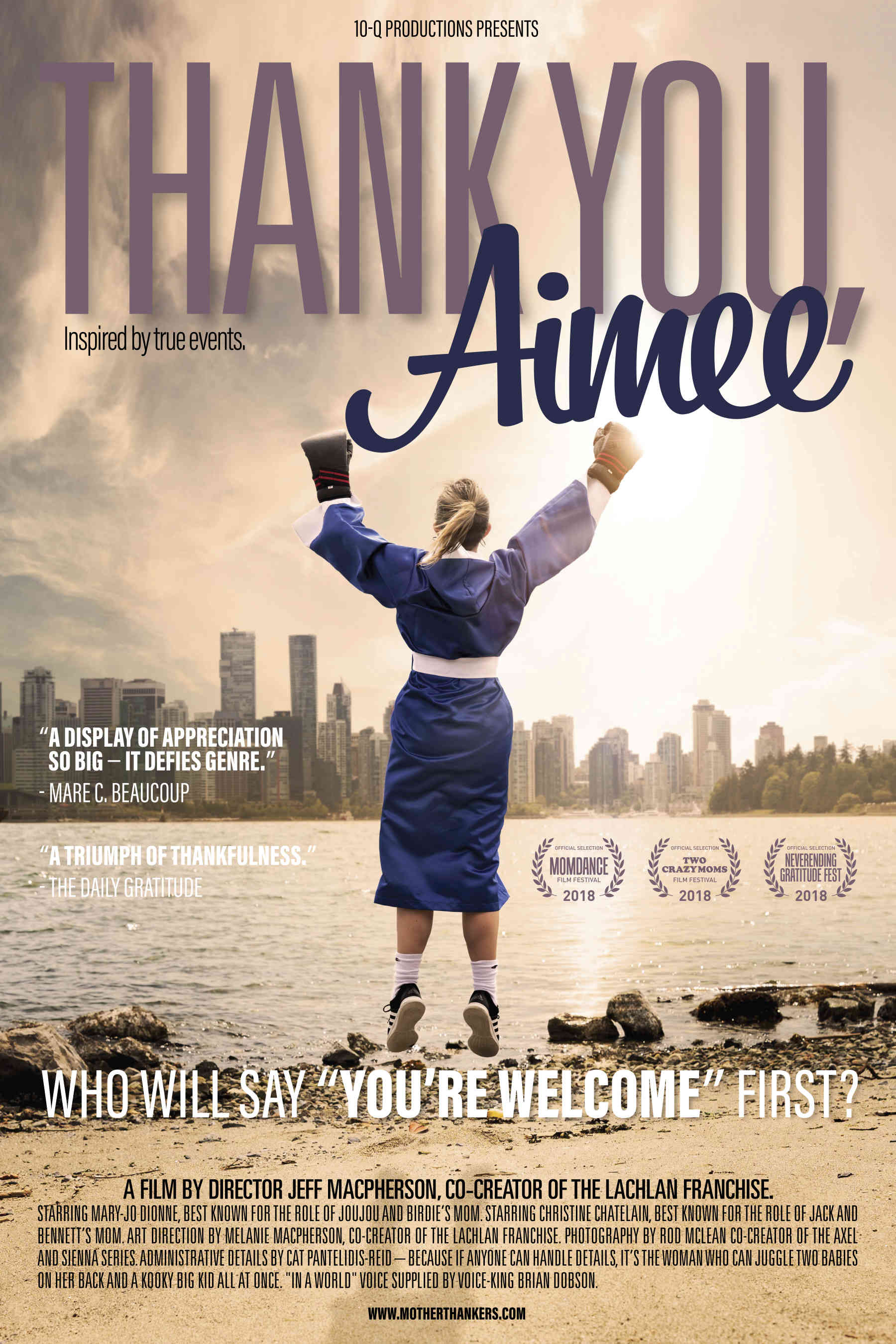